Gender inequality is a long-term problem in our society and female are discriminated in many ways in the social context of India, although legally women have equal right. Thus, there is a great need to sensitize the society on gender issues so that there would be no discrimination on the basis of gender. Women empowerment through gender sensitization is one of the key criteria to unlock the potential of women.

Sky Social has conducted various gender sensitization workshops and training with National Urban Livelihood Mission (NULM) and sensitized SHG women across different districts in Madhya Pradesh. SHGs play a major role in sensitizing more women to form SHGs and in making them realize its importance in their empowerment. This helps the women collective decision making and also to enhance the confidence and capabilities of the women.

These groups go a long way in motivating women to take up social responsibilities particularly related to women development. SHGs are considered as one of the most significant tools to adopt participatory approach for the economic empowerment of women.

The most important change that the SHG culture has brought in the country is to change the gender dynamics of power within a family and ultimately the society at large. They now have greater say in the family matters and also are seen as stakeholders and partners in taking the community forward. The financial independence has eventually paved the way for societal upliftment of women and their voices.

In order to have a better understanding of the concepts of equality and non-discrimination, the two fundamental aspects of our constitution, there is a need to understand the basic concepts like difference between sex and gender, gender roles, gender stereotypes, gender division of labour, gender discrimination, gender based violence, masculinity, patriarchy, gender equality and so on. These concepts are necessary to understand because “the gender question is not just about women and men and how they interact but understanding these concepts would help in sensitizing people about curbing the gender biases prevailing in the society and would help in empowering girls and women to achieve their goals.

Through rights based and self-reflective activities like sharing the daily routine of men and women in their household SHG women get a clear understanding as to how these gender roles and norms and hindering their process of empowerment.

In the context of increased importance being given to innovation, technology and self-sustenance, especially in a post-covid era, economically weaker sections have faced an acute loss of jobs and income. Even though women have the potential to contribute to household finances, they often do not have the agency to participate in decisions related to avenues of income generation, thus many a time pushing their families to the brink of poverty. SHG women play a huge role in not only empowering their families but also the society at large.

In a country that is at the cusp of a rapid transformation in terms of evolving employment opportunities, urbanization and innovation, female participation in the economy remains crucial to where India stands globally. As a society with deep-rooted patriarchy, even if women want to attain employment, the dominant tradition of female domestic responsibility coupled with social stigma limits their economic advancement and access to opportunities in comparison with their male equivalents. Through our training and capacity building with these SHGs we ensure that women not only understand the nuances of gender but also take initiatives that can break this cycle of biases in the society.

To overcome social stigmas around employment and give women the agency to break out of the shackles of subordination, entrepreneurship is an innovative and simple tool. To boost the participation of women in the entrepreneurship ecosystem, the government has introduced a plethora of schemes, such as the Mudra Yojana, Udyogini Scheme, Annapurna Scheme and Stand Up India. These schemes also help SHG women to understand their potential and further work towards overall empowerment of the society.

The revolutionary momentum that SHGs have created has given women an important sense of self-assurance in their journey to become aatma nirbhar or self-reliant. Observing the crucial role they play, corporations and foundations globally have designed SHG-led programmes to help women achieve socio- economic empowerment.

SKY SOCIAL with National Urban Livelihood Mission (NULM), Conducted various workshops in different districts of Madhya Pradesh including Raisen, Vidisha, Itarsi and Hoshangabad. Overall around 500 SHG women actively participated in the workshop, understanding the various concepts around gender discrimination and it resulting in various forms of violence against women. We also made women aware about their legal rights and various acts like Domestic Violence Act (2005), Sexual Harassment at workplace Act (2013) and One Stop Centres. The workshops have helped SHG women to change the gender dynamics of power within a family and ultimately society at large. 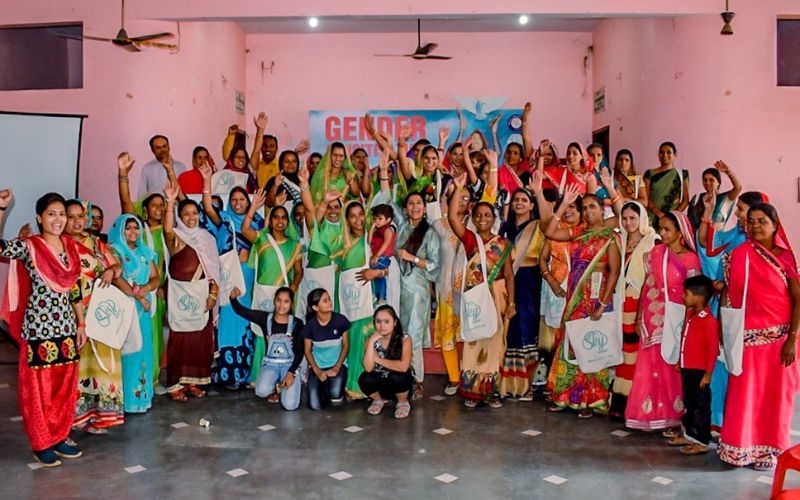 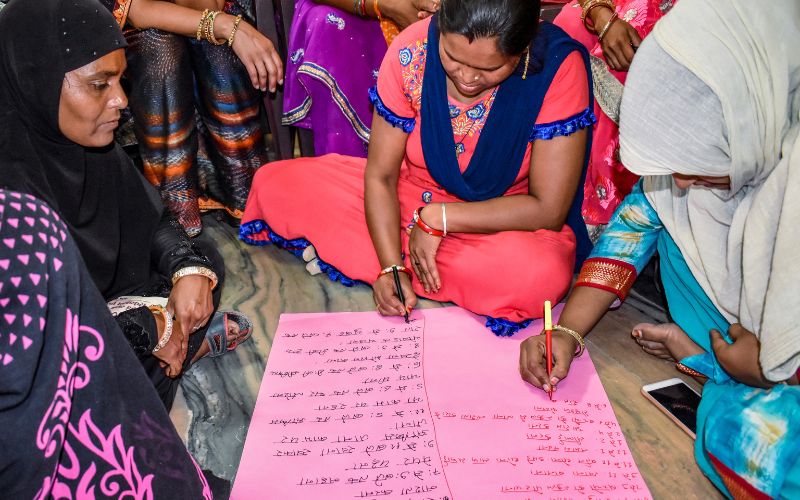 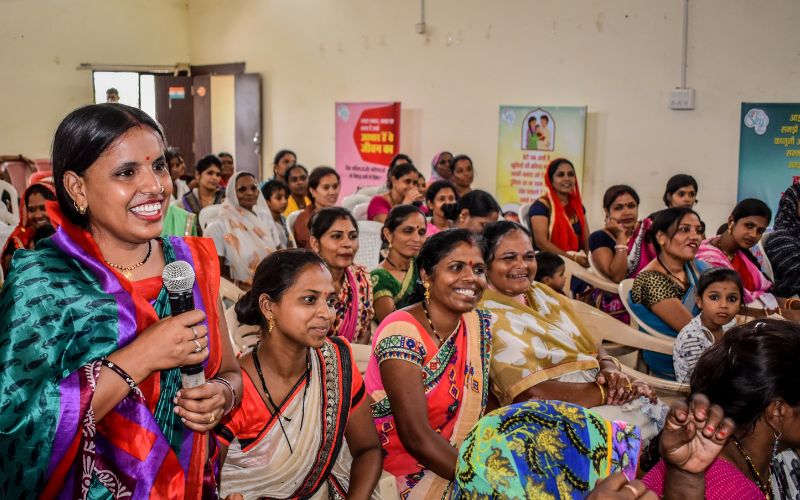 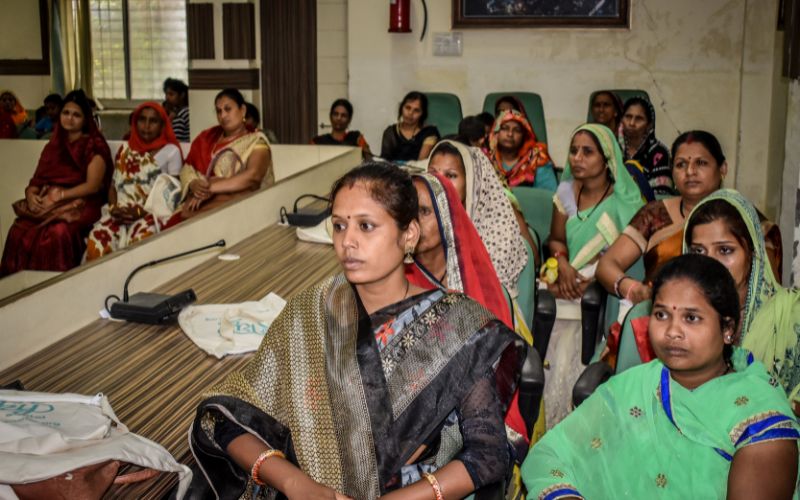 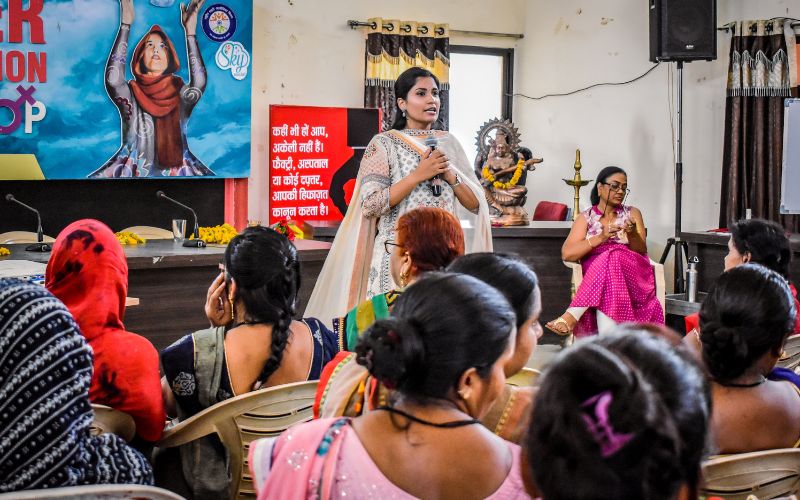 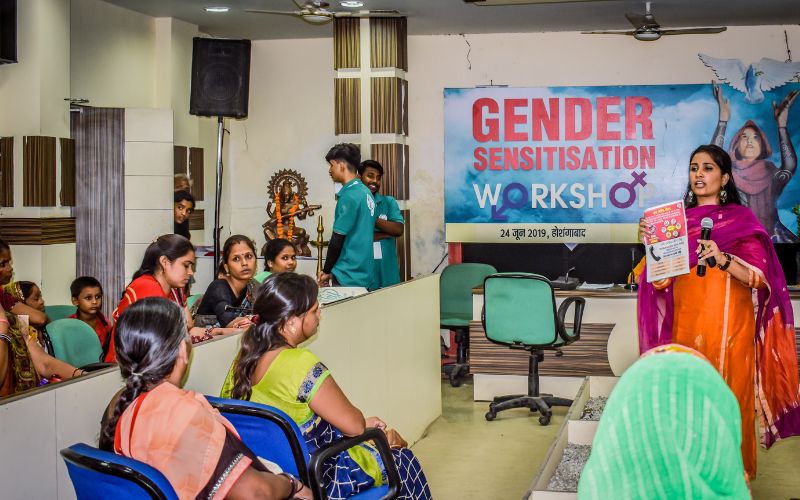